The Man Who Started the Towing Industry

Ever wonder how tow trucks came into existence? You see various tow trucks these days, like the ones every towing company in Kansas City, Missouri uses. But back then, could you imagine how people pulled broken cars to repair shops or garages? One man found a way to do just that, and his name is Ernest Holmes Sr., the founder of the towing industry.

Ernest Holmes Sr. was born in Hobbs Island, Alabama in 1883. He first had the idea of using his car to tow other cars when he helped out a friend with car trouble. Holmes’ friend was driving a Ford Model T when he accidentally went into a ditch and the car turned over. When Holmes arrived at the scene, he knew that the two of them wouldn’t be able to pull the car out of the ditch, much less turn it upright. Thus, he went to the nearest gas station and asked the owner, whom he knew, to get more men to help them.

There were eight of them who helped in turning the car upright and pulling it out of the ditch. The tools they used included ropes, bricks, and wooden boards. Their efforts were successful, but after they were done, Holmes thought that there should be an easier way to do what they just did. It took Holmes and his men eight hours to get the car back on the road. Holmes knew that there was a better way to accomplish this feat. But he would need his vehicle to do that. 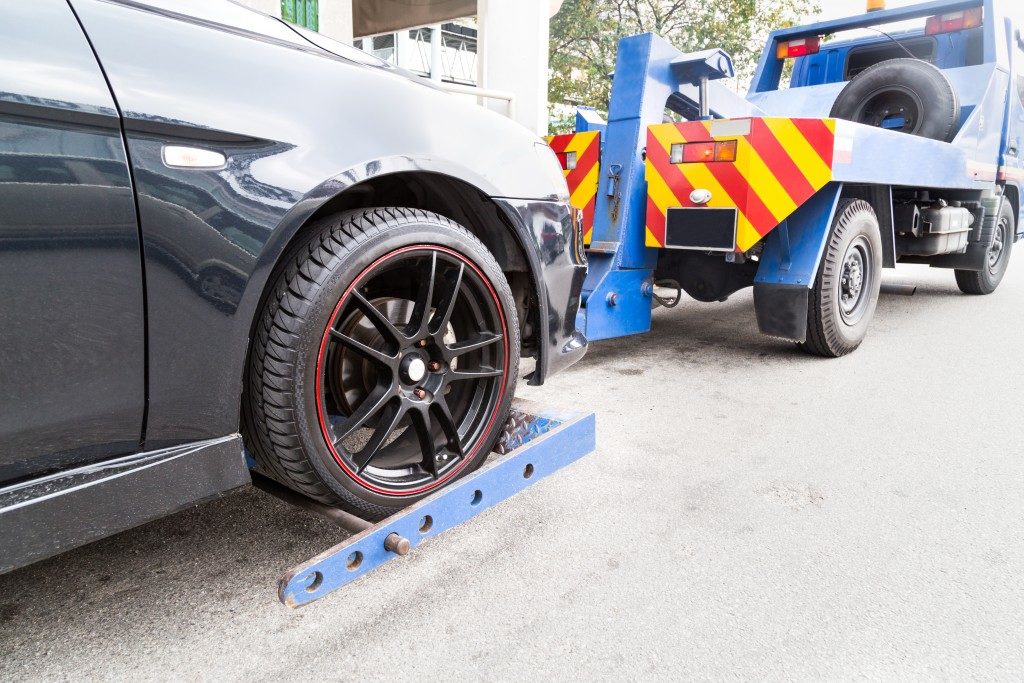 When Holmes looked at his 1913 Cadillac, he envisioned installing a pulley, metal poles, and an iron chain at the back. He made the necessary adjustments. In no time, Ernest Holmes Sr. built the first tow truck in history. But like many prototypes, Holmes had a few errors to his design.

Holmes’ tow truck named the Holmes 485 was the result of numerous attempts to build the first efficient towing machine. Holmes’ previous attempts were unsuccessful since he didn’t know about lateral stability yet. When he attempted to secure a vehicle to his tow truck, the latter tipped, forcing him to resort to manpower again.

But Holmes soon fixed this problem by installing outriggers into the chassis of his tow truck. The design helped the truck become more stable. He could attach a vehicle to his truck without the latter tipping this time. After that, he had a budding towing company that started an industry.

Holmes didn’t stop there, though, when it came to building tow trucks. He went on, coming up with more designs for other bigger tow trucks. The biggest tow truck he made was the Holmes W70, which up to now is still considered to be the biggest wrecker in the world. The W70 is capable of carrying loads of up to 70 tons, which is no small feat.

Ernest Holmes Sr. is the inventor of the tow truck. Because of him, thousands of motorists today can rest easy when their vehicles stop running in the middle of the road. The inventive mind of Ernest Holmes Sr. gave birth to an industry that remains strong today and will stay as such for years to come.