Investigating the Severe Harms of Oil Pollution on Marine Animals

Australia is one of the countries that implement strict rules (and penalties) for oil pollution and containment. Washing stations, for instance, need supplies like a rollover bund to trap spills that come from large vehicles like trucks during refuel.

But there’s a good reason for that: petroleum like oil belongs to vehicles, not on the drainage and certainly not on other bodies of water. Otherwise, it destroys marine life.

Oil spills have a wide range of short- and long-term effects on animals:

The short-term effects are often seen directly. Oil can physically harm or kill animals through direct contact, or they may die because the oil contaminates their food supply.

Oil slicks destroy nesting areas and contaminate the nesting material, e.g., animal hair, which is used to insulate eggs from cold water temperature. In addition to direct mortality, oil pollution has sub-lethal effects such as compromised immune system function, increased susceptibility to disease, and a greater chance of predation due to impaired swimming ability in some species.

These factors make it difficult for affected populations to recover from an oil spill even after clean-up operations have ceased.

Animals also suffer from the long-term effects of oil pollution. These include stress, malnutrition, and a compromised immune system function, making animals more susceptible to disease.

Some hydrocarbons found in petroleum are known to be hazardous to animal health. For example, benzo(a)pyrene is a known carcinogen that causes tumors in fish and other aquatic organisms.

Also, heavy metals such as nickel, mercury, and arsenic can be present in crude oils at levels toxic to animal populations.

Oil pollution can affect an entire food web or ecosystem through trophic transfer. When a pollutant enters a food web at one trophic level, it can biomagnify through the various levels until it reaches its top predator.

Changes in Reproduction and Food Web

The most damaging aspects of oil pollution are often not from direct toxicity or death of animals but rather due to effects on reproduction and development through biomagnification in food webs. This is a significant factor in the long-term damage done by oil spills because slow-growing species such as marine mammals and some seabirds may take years to reach maturity and reproduce, with several breeding cycles over their lifetime.

As these animals have relatively low population numbers, each animal lost to an oil spill makes a large difference to the overall population’s reproductive capacity. 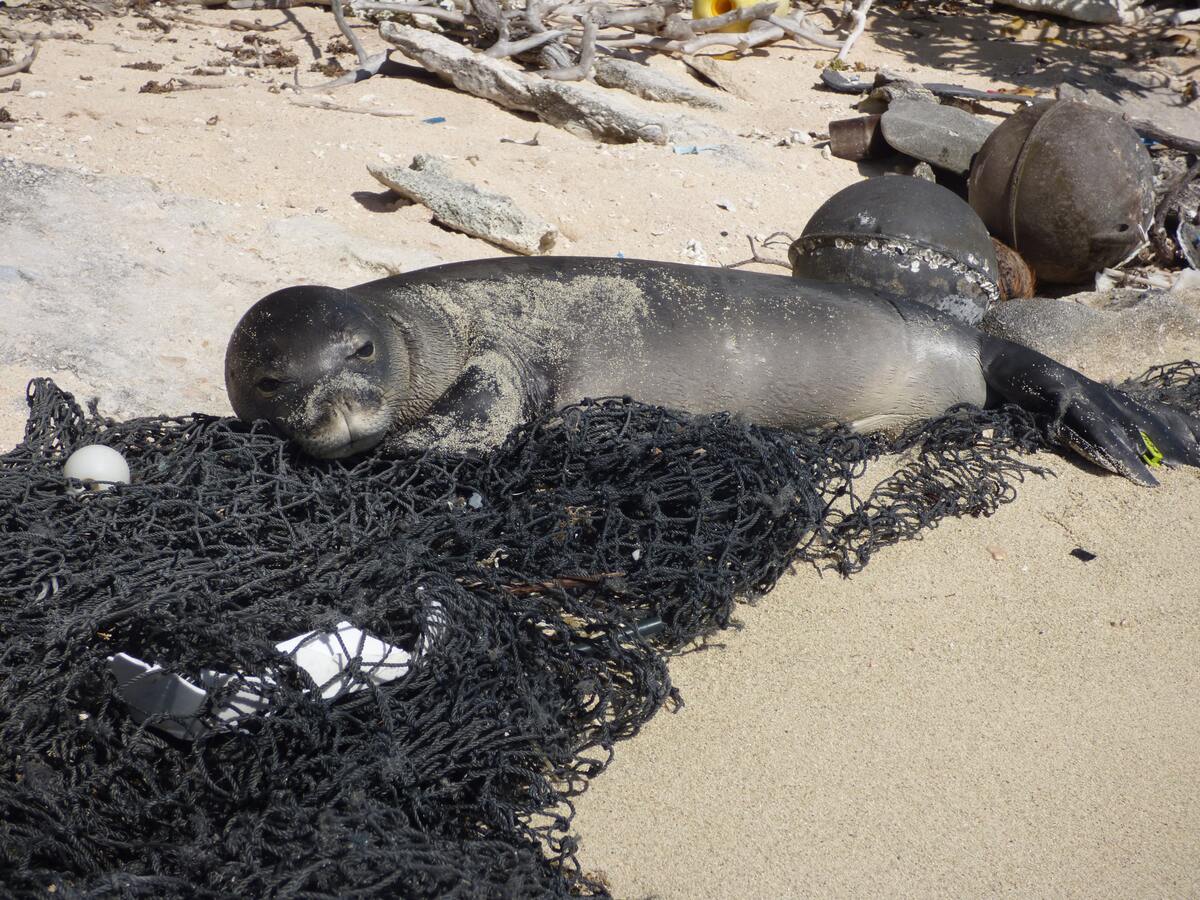 A good illustration of this is the result of the Exxon Valdez oil spill in 1989. Biologists have studied pink salmon and the Coho salmon in Prince William Sound for many years since the accident. They have discovered that both species are smaller on average than they were before the oil spill.

The age at which salmon reach maturity has also increased since 1989. These effects probably occur because of long-term damage to spawning grounds from exposure to chemicals from the spilled oil rather than being physically covered by the oil. Other negative effects may be occurring as well but have not yet been recorded due to ongoing study.

Oil spills can also affect the whole food web, not just one species. When organisms are killed off by exposure to oil, other animals that eat them may also die. This usually results in a much lower total population of the affected species than normally occurs.

Preserving the Bodies of Water

Oil biodegradation is the primary method for removing oil from the environment, but it can take decades depending upon environmental conditions such as temperature and water depth. Removing the source by skimming and booming reduces spillage.

Preventative measures include satellite surveillance and vessel traffic control over environmentally sensitive areas. Emergency response exercises are undertaken regularly to ensure that plans and personnel remain competent. Basic infrastructure must also be in place before a spill occurs. This includes:

Oil pollution is a threat to the environment, particularly to the marine ecosystem. Not only can oil spills and leaks cause death or sickness to individual organisms, but their populations as a whole could also suffer from such an event.

If certain organisms do badly after exposure to oil, they might produce fewer offspring than average, which would result in a lower population of that species overall. Eventually, it will threaten the human food supply. According to World Wildlife Fund, about 3 billion people depend on the bounties of the sea for sustenance, particularly as a source of protein.

Therefore, doing everything we can to protect marine life is not an option – it is a responsibility.